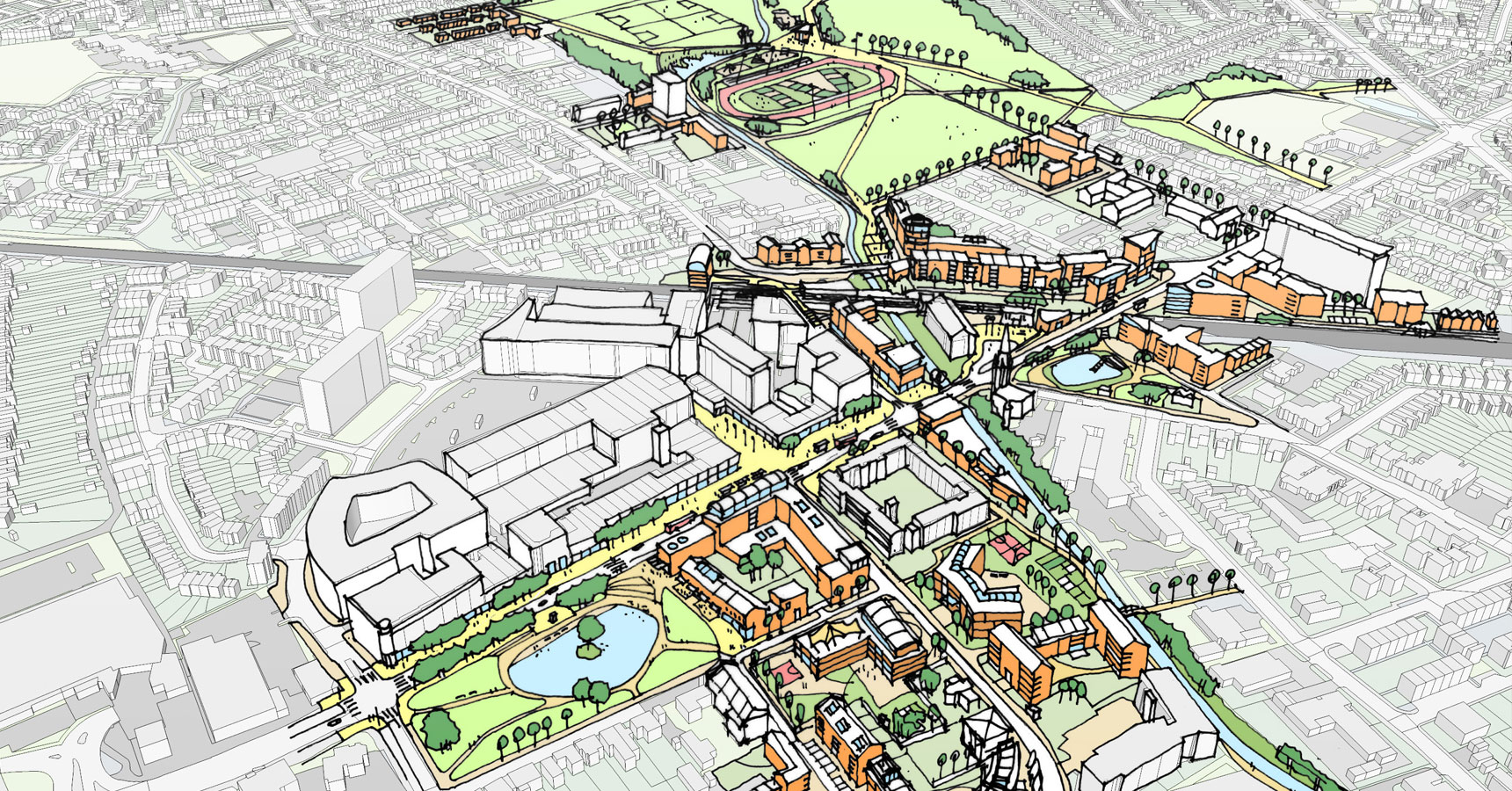 The Feltham Vision and Concept Masterplan prepared by UIS was successfully launched by London Borough of Hounslow last week. Mathieu Procter from Hounslow Council presented the Feltham masterplan to a packed venue on Thursday 08th October. More than 80 residents attended the event at the library in Feltham to learn how the centre will be improved.
The Feltham Vision and Concept Masterplan is a strategic document that sets a direction of travel for Feltham Town Centre indicating how it might evolve in the future and bringing coherence and structure to future development. It aligns with the ambitious Hounslow Local Plan, which was adopted in September 2015, and will form a key part of the evidence-base for the West of the Borough Plan. The council held two successful stakeholder engagement events in 2014/15, as well as a public exhibition at Feltham Library and online during February-March 2015. The plan is now available from the council’s web-site for download.