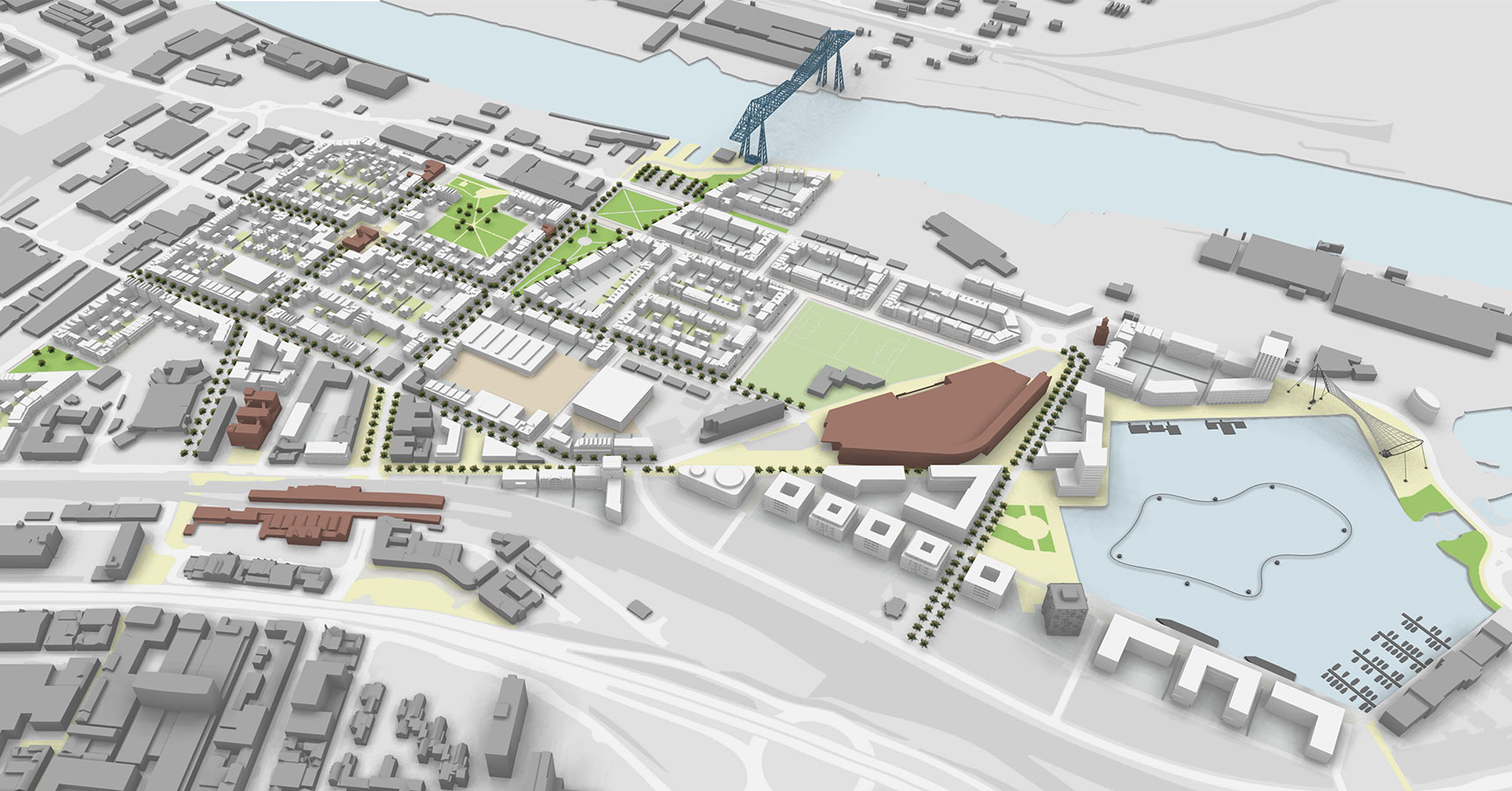 In 2010 we were appointed to prepare a Development Framework for the 32ha Middlehaven area in Middlesbrough following other high profile masterplans that had failed to deliver change. Our vision was to re-establish Middlehaven as an urban town centre extension with a mix of institutional, office and residential uses. Rather than relying on a single developer delivering the scheme we promoted an incremental plot based approach that invited many smaller builders and housing developers to take part in re-animating this former industrial area. We prepared a development framework, accompanied by a design code to ensure development conforms to a simple and clear set of design principles.

To kick start delivery we initiated the innovative Urban Pioneers Project that aimed to attract the first tranche of smaller development projects. Urban Pioneers plots are located around a new urban park that was developed up front as a catalyst to create a step change in the image of Middlehaven. In 2013 we were appointed as part of a team to design the park. This was completed and opened in 2015. In autumn 2016 the first urban pioneer homes around the park were completed. 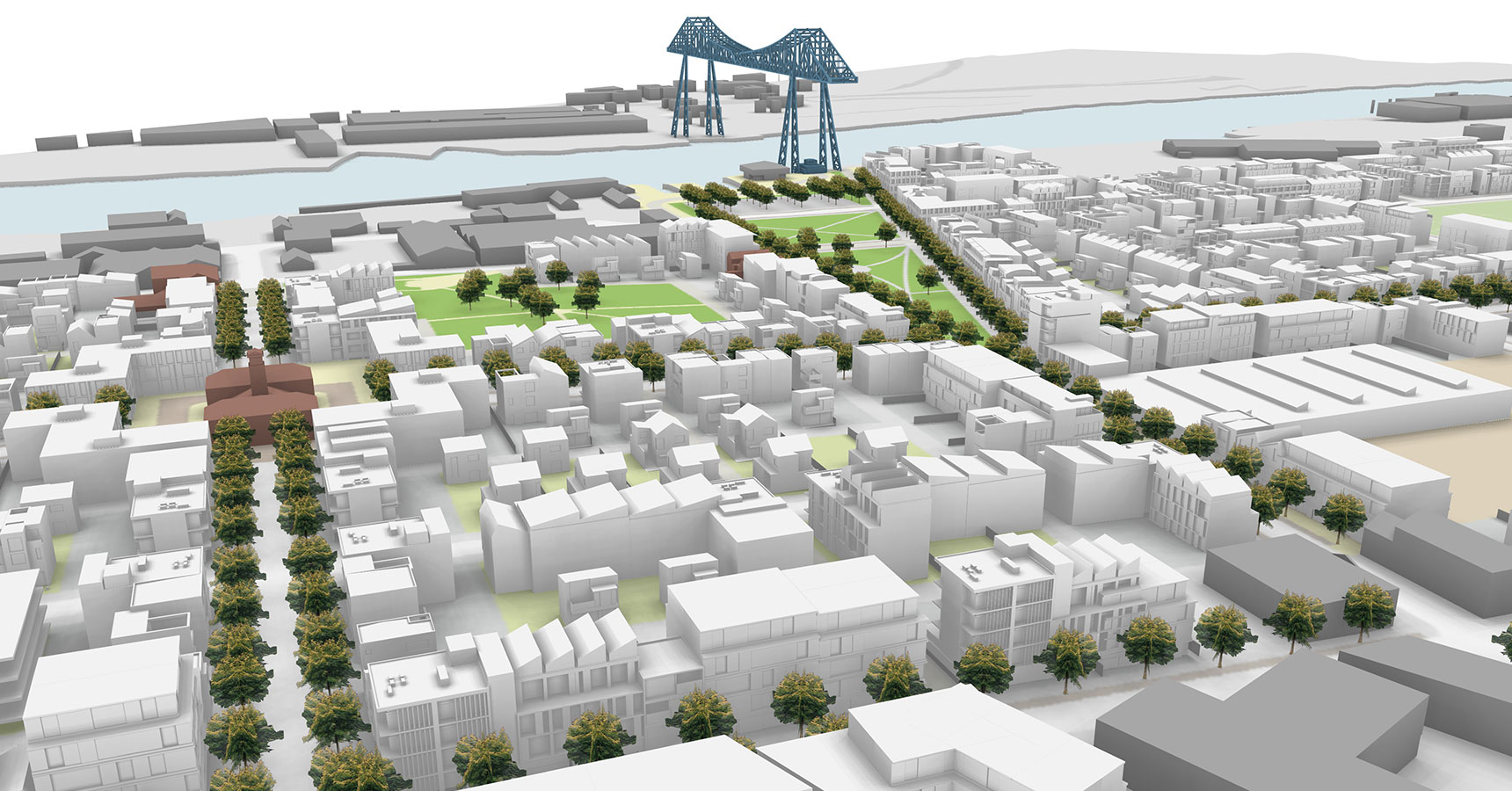 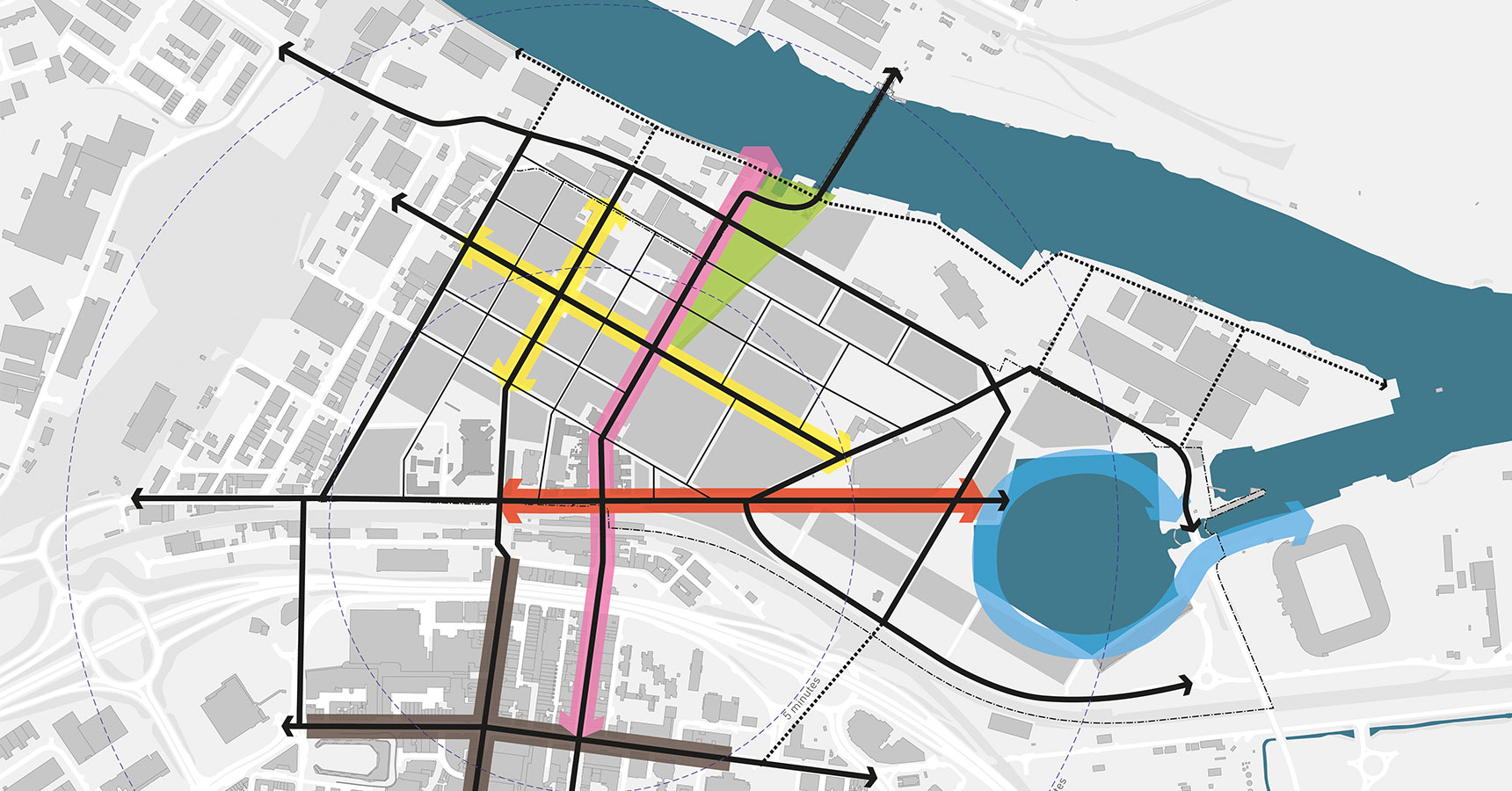 Middlehaven is the historic birthplace of Middlesbrough, founded as a planned settlement to facilitate the coal trade and later becoming the centre of Britain’s steel industries alongside the River Tees. One and half centuries later the area had seen the decline of the original centre, slum clearance, two failed housing estates and the departure of its industries.

Despite its central location, striking landmarks, public land ownership and a number of high profile public investments the challenges to regeneration in Middlehaven were significant. An underperforming national economy, a weak local property market, dried up public funding and the lack of an established sense of place meant that Middlehaven needed not only a strong vision, but one that was routed in a strategy for delivery. 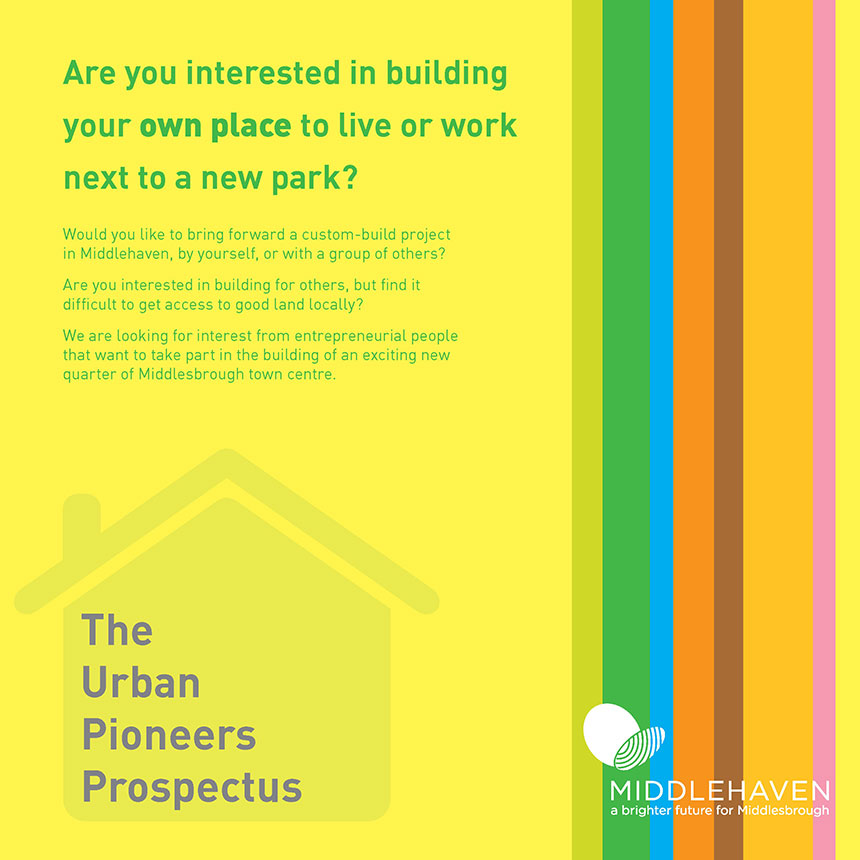 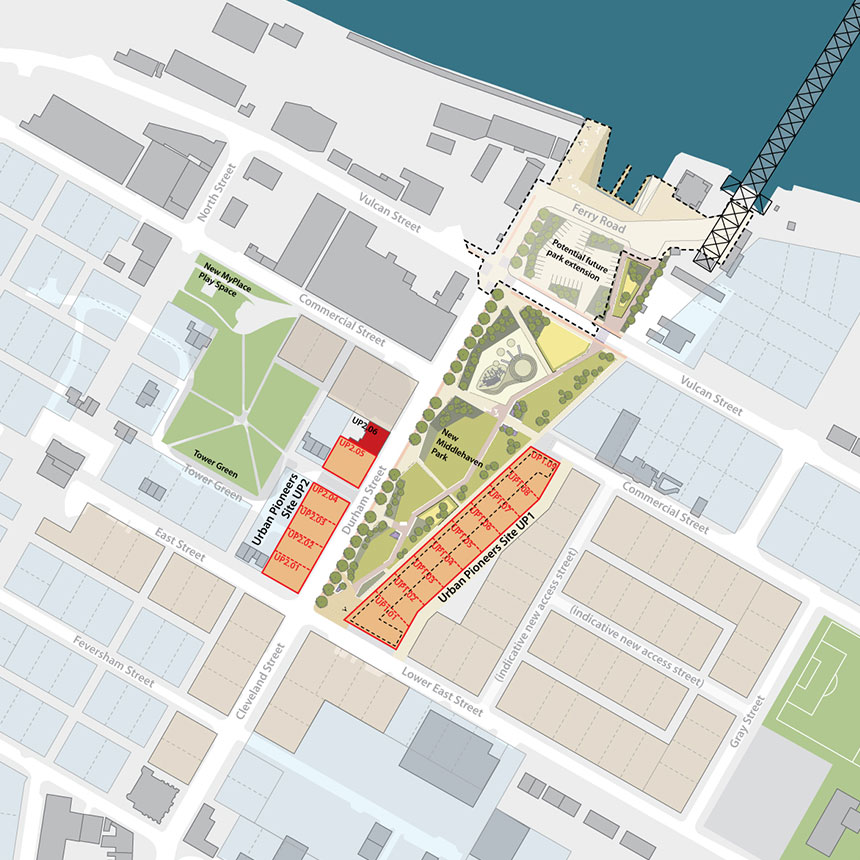 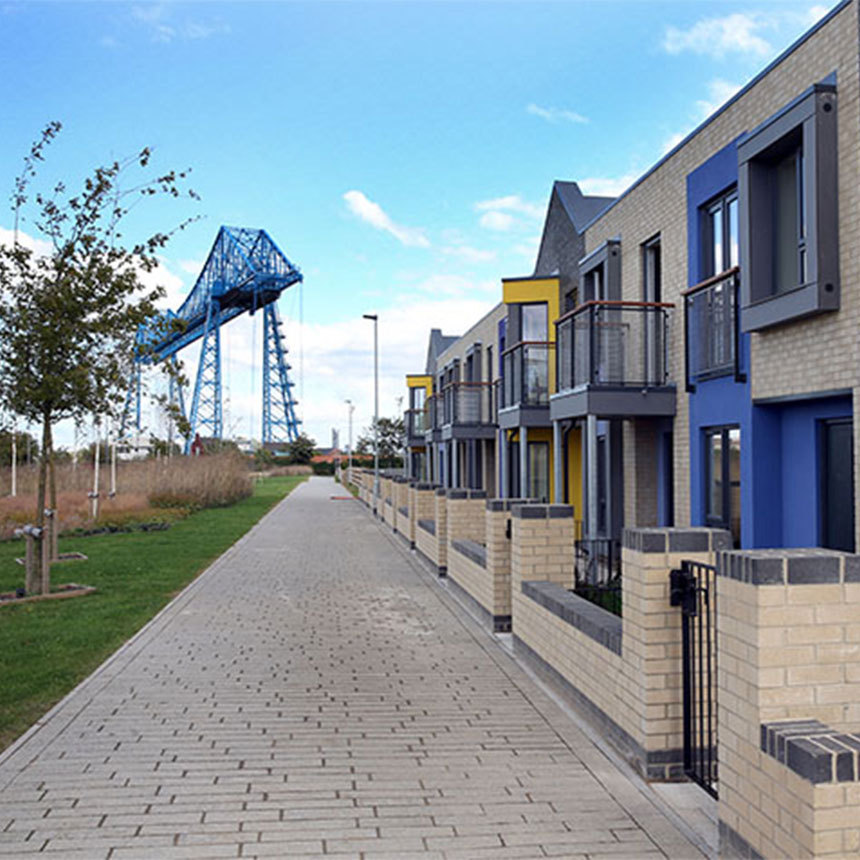 We argued that Middlehaven would not be transformed into a great urban living and working neighbourhood, using the same delivery models that had failed previously. The huge scale of the scheme combined with the weakness of the market meant we had to find a different solution, one that could harness the enthusiasm and energy of local people and smaller developers to deliver transformational and innovative development over time. Self-build and co-housing projects in particular are an important part of this story.

Our framework provides a high level of flexibility so that it can accommodate a range of development propositions and respond to future developer interest. This fluidity is established through flexible zoning of land uses and land parcelisation, with a design code ensuring a coherent and co-ordinated development.

The layout plan is based on the historic regular street grid. It provides a logical organising structure for development while minimising the need for building new infrastructure.

Parcelisation into many smaller sites is an essential aspect of the delivery strategy. Plot-subdivision enables smaller developers and individuals to take part, creates rich and diverse environments, and spreads the risks and rewards of development across many shoulders. 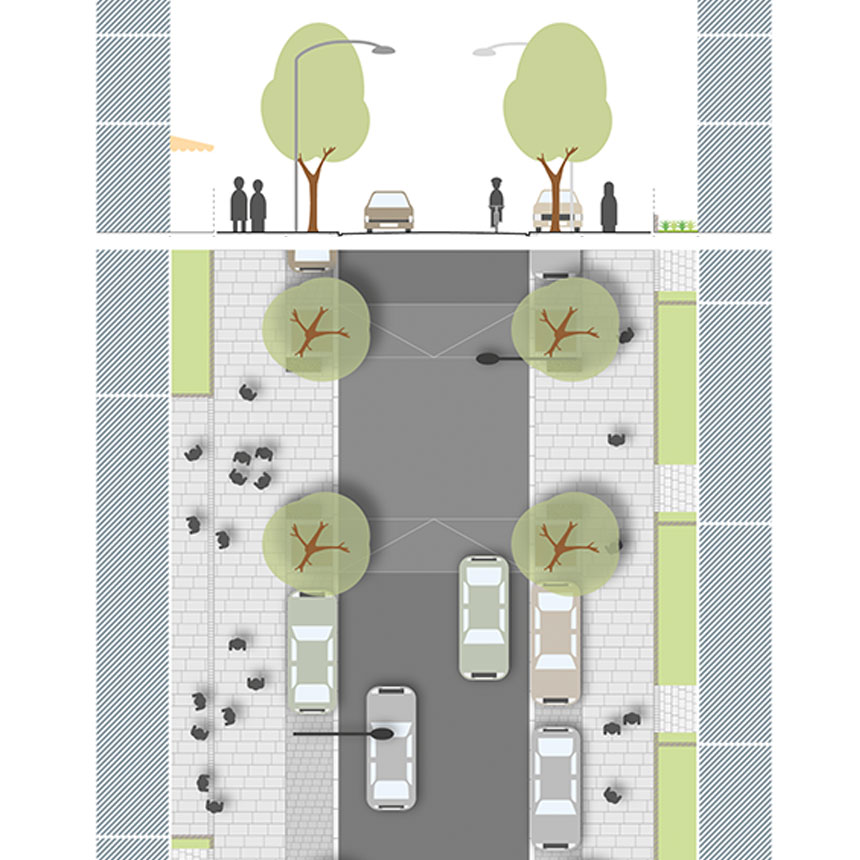 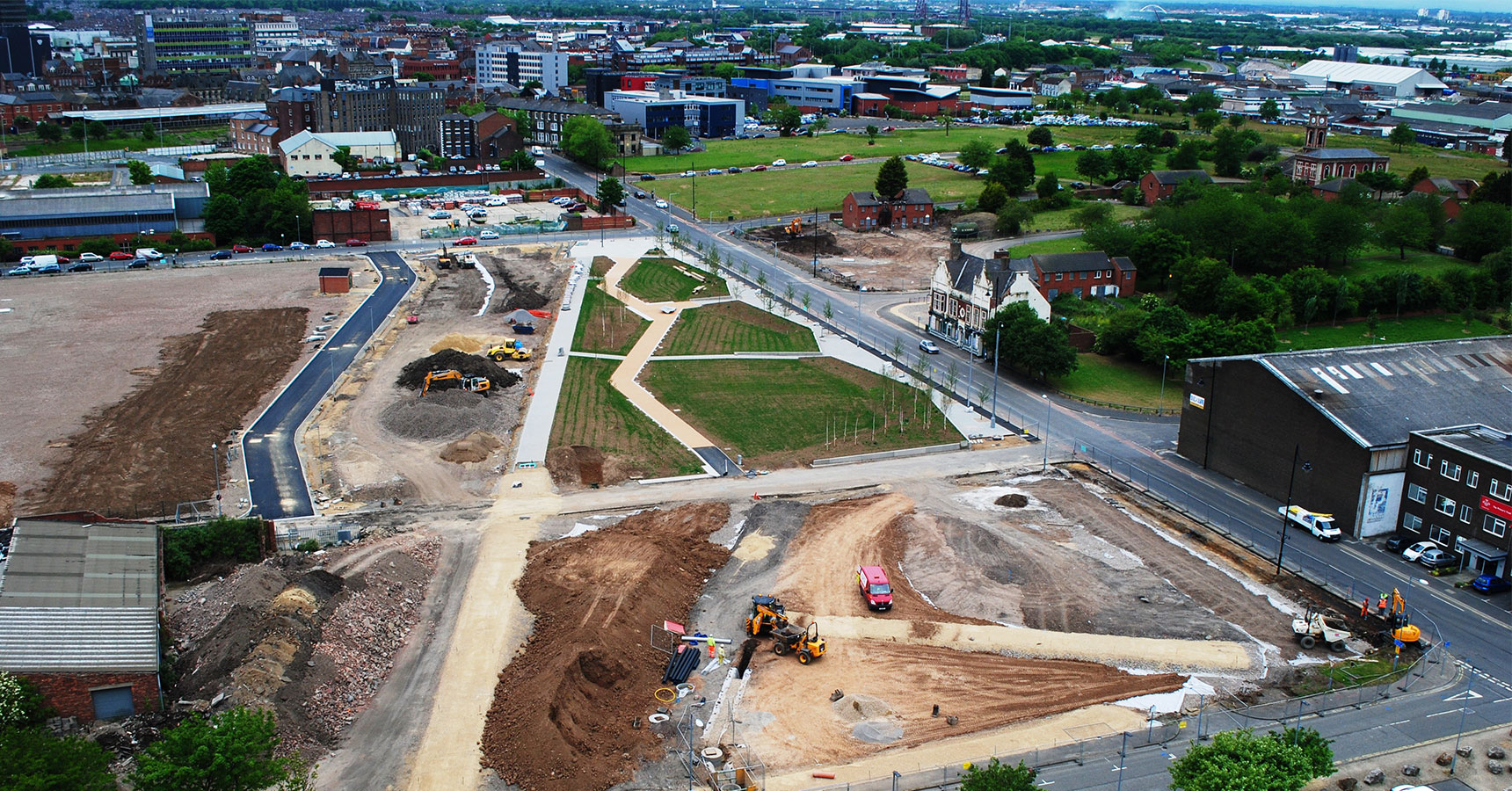 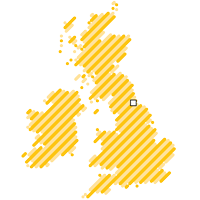